In January we traditionally look back at the results of the previous year. 2019 became the year of great achievements for the company. Fort Telecom participated in different events as an experienced exporter, won many all-Russian awards and launched new products.

The company also started developing an innovative product — a device for instant transfer of data between vehicles and ground infrastructure: TEDIX-R1 became the first V2X telecommunication component of road infrastructure that was developed and manufactured in Russia.

Fort Telecom grew up, both professionally and in size. In 2019 the company joined medium business segment. Today Fort Telecom not only develops and scales up its technologies. It also impacts the development of domestic market and operates actively on a global scale, becoming known as a trend-setter.

We would not achieve such a success without our enthusiastic team who believe in their vision and work on creating a new future. 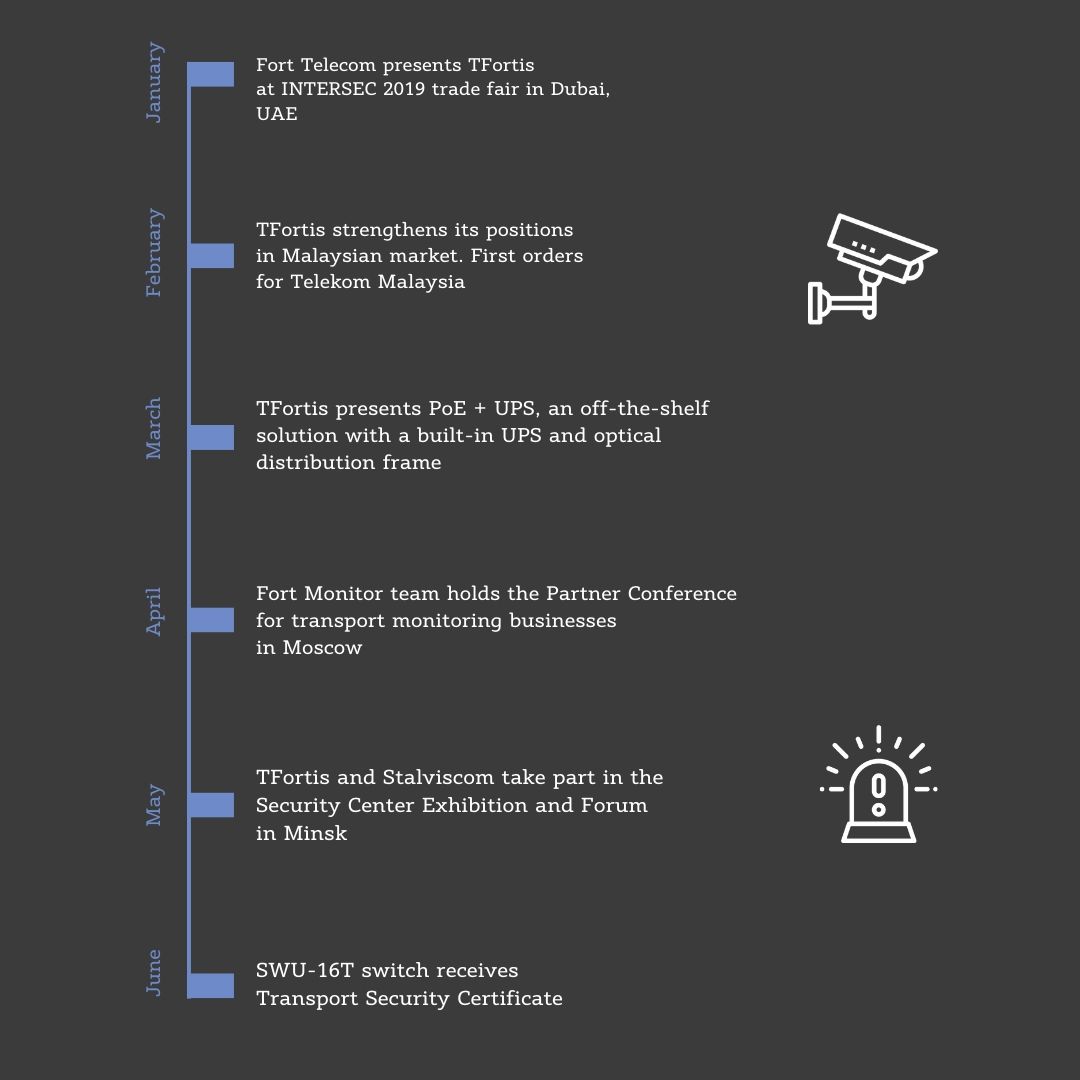 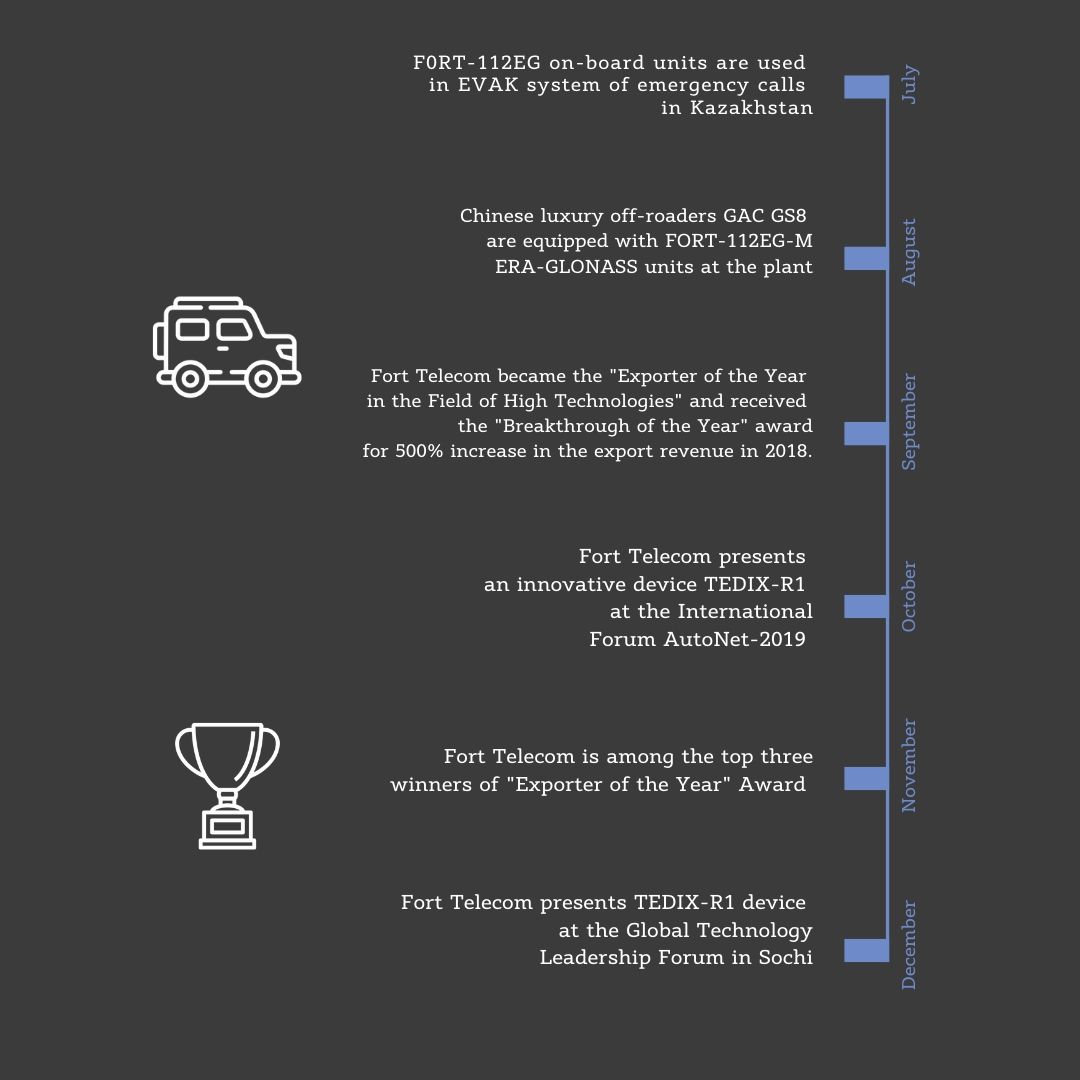