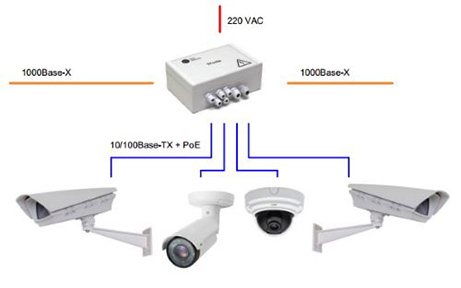 The devices are compact weatherproof boxes that are designed for operation in harsh environments. PSW series include managed and unmanaged switches.