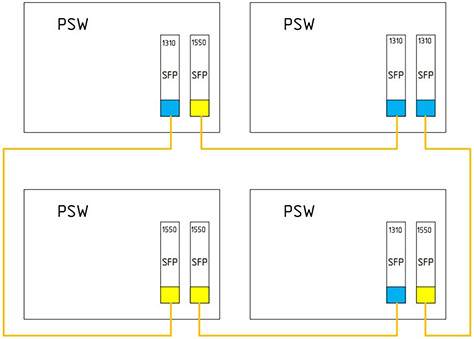 It is important that different modules were on single line of optical fiber:

What should I do if I don’t see the PoE status on the port in the Web interface of the switch?

This could mean that  the video camera was powered by the Passive PoE (intended for powering the TFortis TH camera housings), rather than PoE 802.3af/at.

At all outdoor TFortis PSW switches, except PSW-2G+ and PSW-1-45-WiFi, PoE mode for each port is set by jumpers on the switch board. If the TFortis TH camera housings are not used, then the jumper must be removed from the “TH” position.

It is enough to set the jumpers to the “A” position - the power supply over the signal pairs 1,2 and 3,6 - for powering video cameras 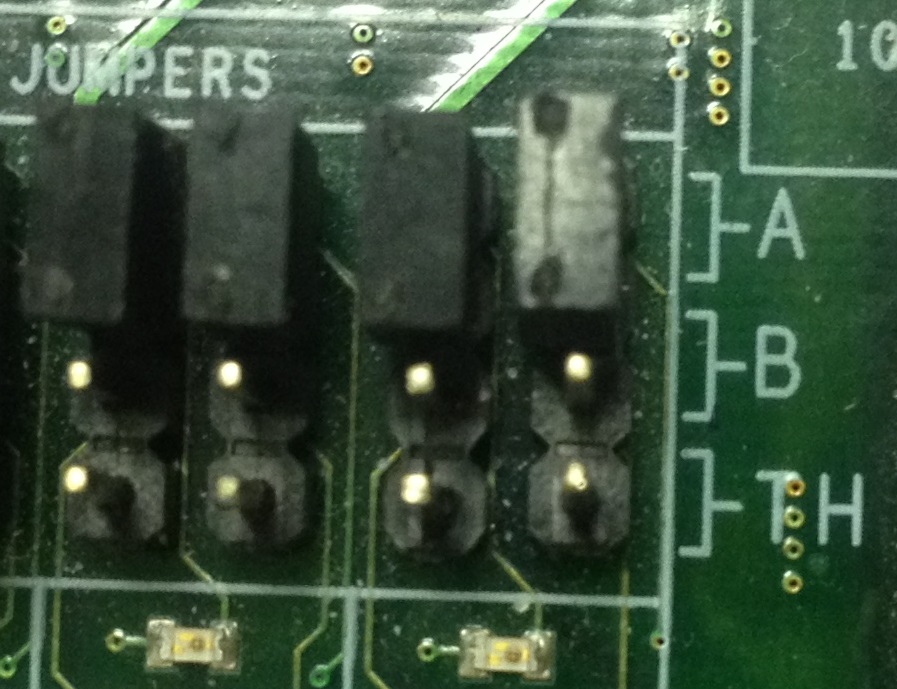 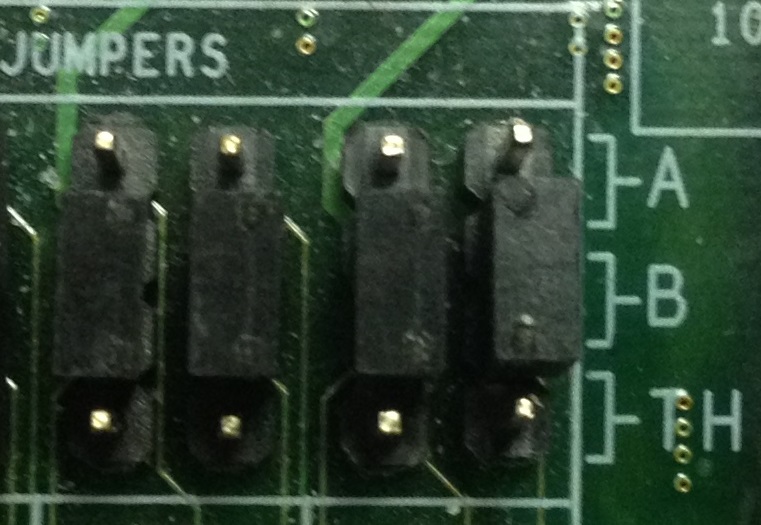 In the PSW-2G + switch, the PoE mode is selected via the Web interface.
What should be done if the Link between the TFortis PSW switch and the third-party switch does not increase?

1. Put the port on a third-party switch into 1000M Full Duplex mode.
2. Check the integrity of the line between the switches (cable, SFP-modules).

When choosing between PSW-2G4F (PSW-2G4F-Ex) and PSW-1G4F (PSW-1G4F-Ex), it is of fundamental importance to determine which cable will be used to transfer data to the server - copper ("twisted pair") or fiber-optic?

If you plan to use the “twisted pair” cable, then the problem can be solved in two ways:

The first option is more profitable for the integrator:

The second option is less preferable, since the copper SFP module does not have lightning protection and the port remains unprotected.

1. As the ending in chain topology

2. To increase the number of ports in one point

3. In star topology with gigabit speeds 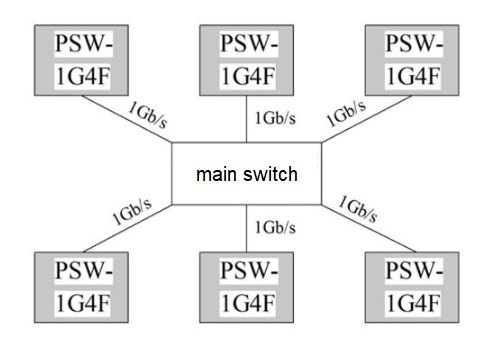 Which SFP modules will TFortis switches work with?

It is important to use industrial SFP-modules, with operating temperature from -40°C to +85°C.

What SFP modules do you recommend?

We recommend to use verified by us SFP-modules. It is important to use industrial SFP-modules, with operating temperature from -40°C to +85°C.

Not all Cisco switch models will immediately work with SFP modules of another brand.
Our SFP modules have the universal firmware. In case the module does not operate with Cisco switch, there are two solutions:
1. Detecting the third-party module, Cisco warns about this and will wait for a decision on further actions from the system administrator. The system administrator has to confirm the continuation of operation with this module.
2. Install the SFP module into TFortis PSW switch and program it to work with the Cisco switch using the firmware that we will send at your request.

CrossBox-1 and CrossBox-2 cabinets do not have a heating or cooling system. These cabinets are designed for installation of our outdoor switches that do not need heating.

What is the name of the 230VAC power connector in TFortis PSW outdoor switches? What wire cross section is suitable?

Is it possible to get 12V or 24V voltage from the TFortis PSW switch for powering camera housings or third-party devices?

For switches with an integrated uninterruptible power supply there is an additional option - PWR-24 card that can provide backup power to additional equipment. To solve this problem with the other PSW switches, you can use a PoE splitter connected to the Ethernet port of the switch.

Can I power a wireless access point from the TFortis PSW PoE switch?

What are the requirements for the central switch for organization of the ring topology with TFortis switches?

1. The switch should be managed.

2. It has to have STP/RSTP protocols.

3. It has to have at least 3 gigabit ports (two for SFP ring and one for the server connection - RJ-45).
How many switches can I connect in a ring?

IEEE802.w standard does not recommend to exceed 7 switches in a ring with standard RSTP protocol parameters.

How many hours will TFortis PSW-2G4F-UPS operate with powering from the built-in battery?

Time of uninterrupted operation depends on many factors. The most significant is the total power consumption of PoE-connected video cameras. As a rule, cameras without heating consume from 3 to 5 watts. Table. An approximate estimate of the time of trouble-free operation, depending on the total capacity of the cameras.

* Load - the total power of cameras.

The PTZ IP camera must be managed by specialized software. The TFortis PSW switches in this case play the role of a “pipe” and do not interfere with the software for managing the PTZ IP video camera.

How to ensure the proper operation of lightning protection in the TFortis PSW switches?

To ensure the proper operation of lightning protection in the TFortis PSW switches, it is necessary:
1. It is mandatory to perform a high-quality grounding of the switches.
2. Use only shielded “twisted pair” with crimp shielded connectors.
3. If possible, minimize the length of all copper conductors (”twisted pair”, power cable).

Prices and Orders
Where can I find out the product price?

Information on prices can be obtained by email tfortis@fort-telecom.ru

How to make an order?

To place an order, send a request with the list of equipment to Email tfortis@fort-telecom.ru