IP-video Surveillance system at the seaport

TFortis equipment ensures the uninterrupted operation of the IP-video surveillance system at the one of the largest seaports in Russia. The project was implemented and put into operation by SCF CJSC “Escort-Center” in 2011. 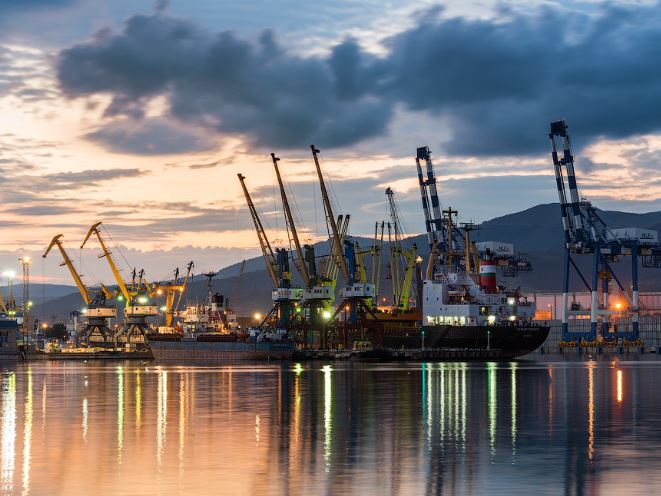 The integrators were faced with the task of building a video surveillance system that would ensure the transport safety of the seaport water area, prompt automatic detection of objects, control over their movement in the water area, including at long distances.
There were installed 20 TFortis PSW-1 switches, which were connected to 8 high-speed rotary dome Axis video cameras for monitoring at short distances and 16 multi-sensor video thermal imaging observation systems on rotary platforms with cooled and uncooled thermal Flir and Zorky-EC imagers for monitoring water area at medium and long distances.
The equipment was selected taking into account the geographical, weather and climatic conditions of the facility. Hydrometeorological conditions are characterized by storm winds at a speed of more than 14 meters per second, temperature changes and high humidity. Degree of protection against external influences IP66 and a wide range of operating temperatures (from -45 ° С to +40 ° С) of TFortis PSW-1 switches allow providing uninterrupted operation for whole video surveillance system.
The ability of  TFortis PSW-1 switches to transmit data via fiber over a distance of up to 20 kilometers solved the problem of the facility length: the territory of the port is more than 6 square kilometers, and the length of fiber-optic communication lines laid over its territory is more than 15 kilometers.
In addition to solving video surveillance tasks, the PSW-1 switches are used to transmit traffic from radar stations, as well as from systems for providing and monitoring the functioning of the complex.
“TFortis equipment has been successfully used for many years at the facilities of Escort-Center CJSC and has proved itself on the positive side.” commented Andrei Rybalkin, head of the project department of the SCF CJSC Escort-Center. “The range of its nomenclature, qualitative and functional characteristics is constantly expanding, which allows to effectively solve the tasks in the networking of security systems.”
“It is especially important for us to monitor the effectiveness of projects throughout their operation,” says Vladimir Makarenko, Development Director at Fort Telecom. “TFortis has always been positioned as equipment that does not require maintenance, and this property is confirmed by such projects as the seaport facility. It’s really great to receive a call from the client in two, three, four years, to hear words of gratitude and discuss the details of new tasks.”