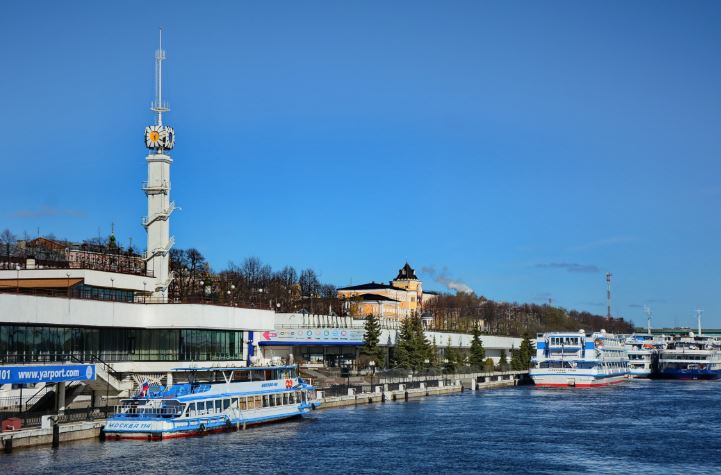 Yaroslavl river port was established in 1948 in Russia. The port is located on both river banks and has an extensive internal infrastructure.

The main task of the video surveillance system in the port was to combine security and analytical functions to assist staff in control of operations – technological surveillance, transport security, control of vessel movement in the river, prevention and investigation of incidents and accidents.

The project was carried out by OptiTeleComService, a large integrator in the area of technical security.

TFortis equipment was chosen due to a number of reasons: high reliability, lightning protection, convenience of servicing, pleasing design. Most of the active equipment was installed outdoors, in extreme conditions including fog, icing and wind.

Outdoor switches TFortis with PoE и PoE+ (TFortis PSW-1, PSW-1-45 and PSW-2G+) were used in the project. TFortis SWD-1 switch with PWR-48D power supply unit was installed indoors. Now 20 cameras are connected to the equipment and this number will increase in the future.

The integrator managed to achieve full compliance with the project requirements – the newly built system has at least 400% reserve of future functionality.

According to the managers of OptiTeleComService, Yaroslavl River Port JSC is one of many customers who have chosen Fort Telecom products. IP-video surveillance systems built based on TFortis switches already successfully operate in many industrial enterprises in Yaroslavl Region.