A major project to build an IP video surveillance system using TFortis equipment was implemented by АSPО company at the auto parts plant in the Samara region. 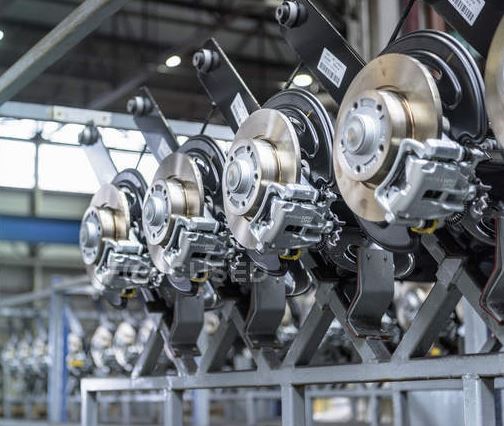 The task that the integrators faced was to ensure the safety and security of the perimeter of the plant, as well as to monitor the loading and unloading area.

Low temperature in winter and high in summer, high humidity determined the choice of equipment for the facility - the system was based on outdoor TFortis switches, which ensure uninterrupted operation in harsh conditions.

On the perimeter of the plant were installed 27 TFortis PSW-2G switches and 29 cameras in camera housings produced by Bosch.

“Not the last role in choosing a video surveillance system was played by full compatibility of TFortis equipment - the “all in one cabinet” principle, as well as the convenience of its installation. All components of the system are matched to each other, and the multi-tier structure allows you to lay the backup rings of the cable inside the cabinet, which is very important when working with optical cables. Particular attention should be paid to some other characteristics of the equipment, in particular, the algorithm of “monitoring” the state of the connected cameras by the switch, the program for searching switches in the network for MAC addresses, which allows you to configure the switches remotely,” said Kirill Soloveichik, video surveillance engineer of “ASPO”, “In addition to technical characteristics, it is worth mentioning the competence of the technical support, which helped to quickly solve complex issues during equipment commissioning.”

In the future, it is planned to expand the video surveillance system at the plant by installing additional video cameras.
Move up